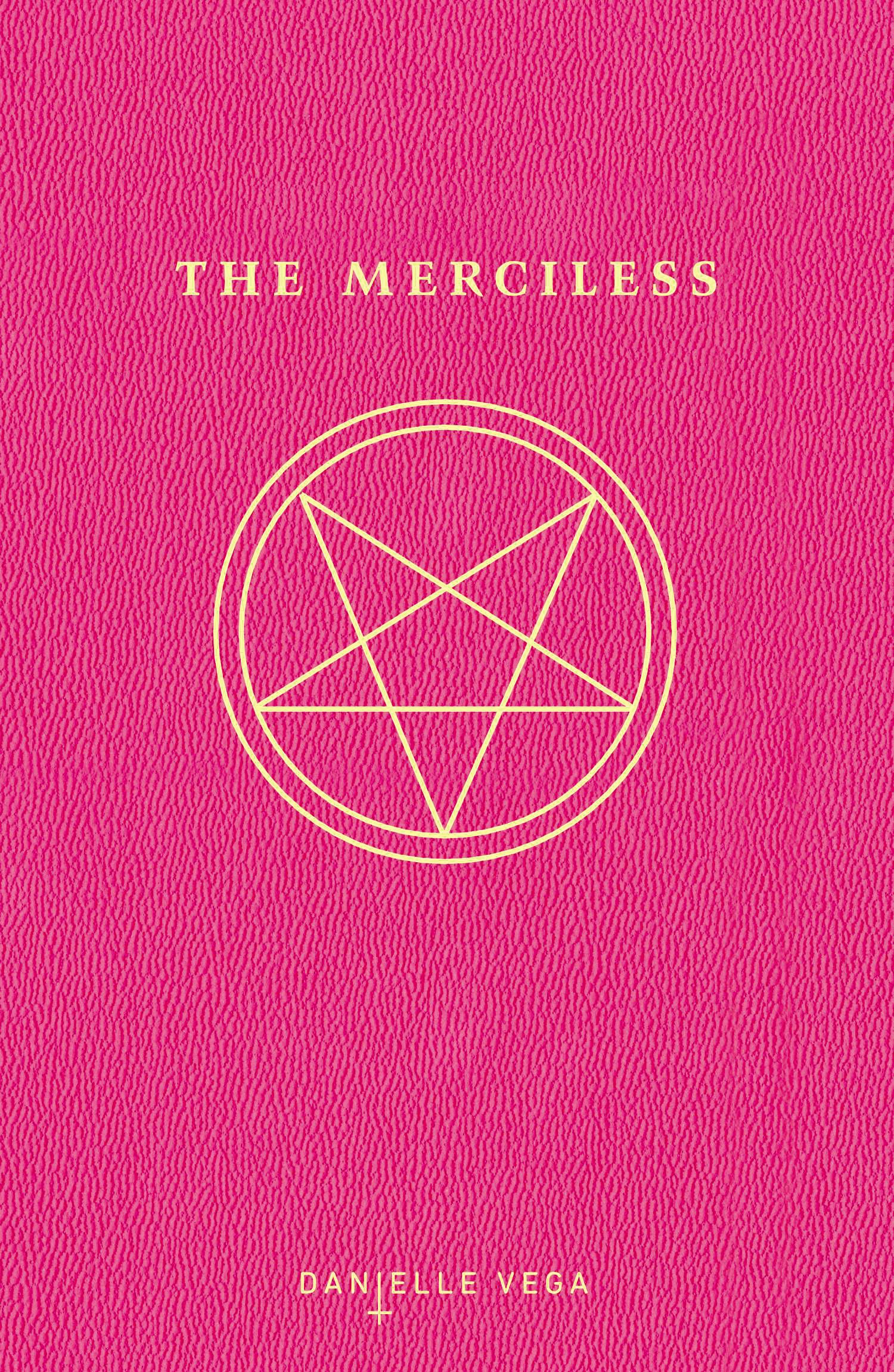 I finally got to sit down and read Danielle Vega’s debut novel, The Merciless. Yeah, I know, I’m late to this party, but oh well. I’ve never been one to follow trends or have the newest releases as soon as they come out. I’m a rebel like that. I read what I want when the mood hits me. I like being unpredictable, keeps people on their toes!

I really enjoyed the book.

NOTE:This post contains an Amazon associate link in case you would like to purchase the book. I receive no compensation for reviewing these books. They aren’t given to me for review. Unless otherwise stated, I’ve purchased them of my own free will because I wanted to read them.

It’s refreshing to have found another decent YA horror writer who reminds me of the books I cherished so much during high school back in the 90s. Christopher Pike, R.L. Stine and L.J. Smith to name a few.

The plot is simple and straightforward: Sofia Flores moves to a small town with her mom and ends up befriending the popular good girls of her high school. On her first day of class a dead cat is found mutilated and her new friends, Alexis, Riley and Grace, are convinced that the cat-killer is their ex best friend, Brooklyn. They tell Sofia that she’s possessed by the Devil and that they have to save her soul. The girls proceed to kidnap Brooklyn so they can preform an exorcism on her and that’s when the shit hits the fan.

So, as previously stated, I really, like for real, enjoyed this book. I didn’t notice any plot holes that I can recall, but that doesn’t mean the book isn’t flawless. There were more than a few repeated words and phrases to describe things, but maybe I just noticed these because I’m a writer. Not all readers are writers and not all are as picky as me.

However, there was a part in the book where Sofia is trying to avoid thinking about something and so she just stares at the french toast her mom made and she pushes it around on her plate without actually eating anything, but then a moment later her mom is sitting the plate in front of her and then Sofia pours syrup onto the french toast.

I guess there’s a chance that Sofia was pushing her own food around on her plate and then her mom put the rest of the french toast on another plate and sat that in front of her too, then Sofia poured syrup all over that plate. But that’s not logical to me. If she’s not eating her own food why bother to smother the rest of it in syrup? If that was the case then it should’ve been made more clear.

Can we say major OOPS? Yeah, this little bit of screw up right here got under my skin. How did Vega not notice it in her edits, how did Beta readers not catch it, how did the editors not catch it? UGH!!

In the grand scheme of things I guess it doesn’t really matter. But it’s annoying. I can’t help it.

This was a Fast paced, fun, creepy read. I wouldn’t go so far as to call it scary (it takes a certain kind of book with a certain kind of writing and imagery to actually scare me) but if this were adapted for a horror movie, like it’s supposed to be, I certainly think it would be much more intense.

I’ve heard more than a few people label it as Mean Girls meets The Craft, and MTV compared it to Mean Girls and The Exorcist, so I was expecting something slightly different from it. There are a few Mean Girls references, like the line about how most people would just use a Burn Book. And I swear there’s another line in the first few chapters that I read which felt like it was plucked straight out of Mean Girls, but I could be wrong. This isn’t a bad thing, not as far as I’m concerned. In my current WIP I’ve got more than a few Buffy The Vampire Slayer references. I think being able to cleverly weave in various pop culture nods in your writing is an awesome way to proudly flaunt you Fan-Girlliness!

About halfway through, just when things start getting a little gruesome I figured out part of the ending. I really hate when this happens. But, the ending was still pretty satisfying. (I have to keep reminding myself that it’s horror and a lot of horror books and movies follow a predictable formula, and that seemed to make it okay.) I just wish that it had of not felt so rushed. I mean, I feel like there’s a lot more that she could’ve done with the last couple of chapters, but overall it was a good read and despite it not being really scary it does have some nice plot twists and some lovely gore. For fans of Young Adult horror I totally recommend it! But, if it does get turned into a film, like they’re saying, it will certainly shine even brighter (darker?) than the book because I think the fear and dread will translate well to the screen, as long as they follow along with the book of course, and as long as Marlene King doesn’t butcher it the way that she did the final episode of Pretty Little Liars. Can we say uber lazy writing for an entire series wrap up!?

Anyway, I enjoyed Danielle Vega’s stand alone horror novel, Survive The Night, so much that I purchased the first three Merciless books. I’m about to start on the second one now so keep an eye out for those reviews coming soon!

If you’ve read The Merciless book leave me a comment about what you loved or hated or what gave you the shivers!

The Gallery of Magick

tell your stories ~ love your life

All Things Writing and Geek, in one neat little blog!

why can we (Palestine/ African American) fight together, but can't love together

Story picks from wattpad and more....

I write because I must

The Art and Craft of Blogging